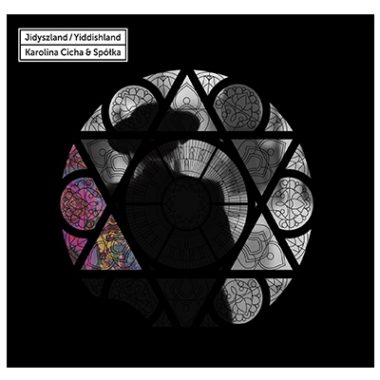 ‘Yiddishland’ is a development of my earlier album, ‘9 Languages’, wherein I collected songs in the nine languages spoken in Poland’s Podlaskie Voivodship by people who represent this unique area’s numerous national minorities. The part in Yiddish has evolved now to become a separate whole. The base of this project have been poetic texts. Most of the lyrics received new music, composed by Piotr Domagalski and myself, whereas these compositions that had earlier been set to klezmer music have been arranged anew.

I focused on the poetry, trying to convey its meaning and emotion through music. Some of the compositions have not been widely known so far: their poetry was locked in books stored in archives, like ‘Der Bialystoker Yizkor Buch’ or ‘Sefer Tiktin’. Some of the poets, like Chaim Siemiatycki or Andrzej Włast, were popular and widely read. Others, like Liba Bursztejn or Eliezer Szulman, never saw their verses published. Yet another group composed their poetry on emigration. Morris Rosenfeld, for instance, who was born near Sejny, left for America and led a life of a physical labourer, writing poetry that reflected the factory environment wherein he lived and worked; he was recognized as a poet only towards the end of his life. ‘Yiddishland’ includes, among other things, an example of such a forgotten poem, written by Rabbi Eliezer Szulman from Tykocin, as well as, for instance, a fragment of a song ‘Simches Tojre Lid’ by Rivka Tiktiner, a sixteenth century theologian, whose ancestors came from Tykocin. I endeavoured to arrange and juxtapose those compositions in such a way that they reflect each other and are amplified by one another thanks to music. – Karolina Cicha